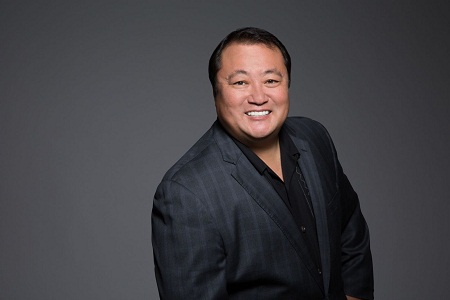 Dr. Okuda is a dental artist who relies on conservative procedures to enhance the Health, Function, Beauty and Rejuvenation of smiles. Using over 28 years of experience and his unique expertise in blending the science of dentistry with his artistic ability, Dr. Okuda has created natural appearing smiles on thousands of people from all over the world. His incredible results help his patients look and feel their best.

Dr. Okuda is the 2002 – 2003 National President of the American Academy of Cosmetic Dentistry (AACD), and past editor of numerous award-winning professional dental publications, including the Journal of Cosmetic Dentistry. He is a Fellow of the International College of Dentists , Fellow of the International Congress of Oral Implantologists , and former Executive Council member for the International Federation of Esthetic Dentistry (IFED) and former Board member of the AACD. In 2014, Dr. Okuda achieved Accredited Fellow status with the AACD. He is only the 63rd dentist in the world to attain this status in the 32 year history of the Academy.

This year Dr. Okuda was asked by the American Academy of Cosmetic Dentistry to perform a cosmetic smile makeover in the first ever "live patient" program at the 2014 AACD Orlando meeting.

Dr. Okuda is the Esthetic Dentistry Expert to the National Dental Expert Advisory Board of the Academy of General Dentistry (AGD) with over 40,000 members and on the Advisory Board for Best Dentists of America (one of ten nationally). Dr. Okuda is the Esthetic Columnist for prestigious General Dentistry publication, the official clinical publication to the AGD. Over the last ten years, Dr. Okuda was selected into Dentistry Today’s Top 100 List.

Best of Best in Hawaii

Locally for eleven (11) consecutive years, Dr. Okuda has been voted by the people of Hawaii to be the “Best Cosmetic Dentist in Hawaii” in the Star-Advertiser. In addition, every year since 2003 he has been selected by his peers in Honolulu Magazine’s “Best Dentists of Hawaii”.

He is the co-founder of the Okuda Educational Center for Innovative Dentistry, which provides professional education in cosmetic,implant and restorative dentistry for dental professionals in the United States and around the world.

One of only 63 Dentists in the World

Dr. Okuda is one of only 63 dentists worldwide to become an Accredited Fellow by the American Academy of Cosmetic Dentistry (AACD). The AACD is the largest cosmetic dental organization in the world, with nearly 7,000 members.

Dr. Okuda was honored to be asked to perform“live patient” procedures on cosmetic dentistry at the prestigious American Dental Association Annual Scientific Meetings in Honolulu, Hawaii 2009 and Las Vegas, Nevada 2011. 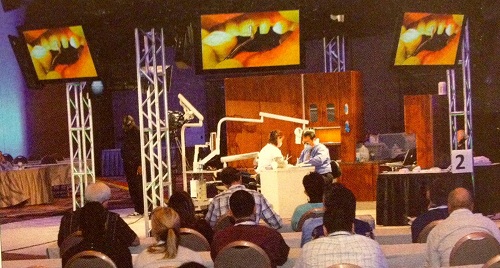 The awards and honors Dr. Okuda has received include

Dr Okuda has been awarded numerous awards around the world throughout his career. Dr. Okuda’s practice was awarded in 2007 the coveted “National Cosmetic Practice of the Year” by Contemporary Esthetics publication. In addition, he has achieved many other awards including the Best Dentists in America List, the Best Dentists in Hawaii Lists, the Asian Task Force Against Domestic Violence of Massachusetts 2003 Reverend Cheng Imm Tan “Outstanding Visionary” Award, the Building Industry Association of Hawaii 2003 Overall and Grand Award for the beautiful Dental Day Spa of Hawaii, the American Academy of Cosmetic Dentistry (AACD) 2000 Humanitarian of the Year, AACD 2009 Partner in Peace Award, Co-founder of Give Back a Smile Award, Pacific Business News 2001 “Forty Under 40”, and on the Honolulu Advertiser and Honolulu Star Advertiser’s Hawaii’s Best Cosmetic Dentist for 11 years in a row.

A Giver and Philanthropist

Dr. Okuda, along with practice manager Ms. Julie Bouvier, is the founder of the "Give Back A Smile" Program, a national charitable foundation of the AACD which helps survivors of domestic violence throughout the nation to restore their smiles and lives. He assembled nearly 1,000 dentists nationwide to help fight against domestic violence. To date, this program provided over $10 million dollars in free dental care over 15 years. To find out more information about this program, visit www.aacd.com .

To create the ultimate dental experience, he opened a Dental Day Spa of Hawaii in Honolulu, Hawaii that combines cosmetic, implant and restorative dentistry with spa services, such as massage therapy and aromatherapy. His vision to create a great experience with quality dentistry has been realized. He may be reached at okudacosmeticdentistry.com or on Facebook at Dr. Wynn Okuda, Dental Day Spa of Hawaii.